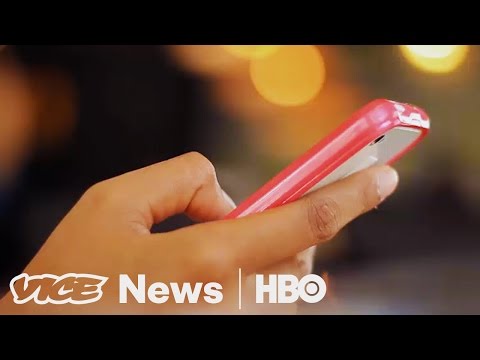 As big brands look for new ways to engage with millennials, they’ve shifted their advertising strategy towards social media. And the people who best understand how to gain traction on social networks are millennials themselves, so brands are paying very young people shocking amounts of money to market to their peers. And it’s working. — So this mural here is the answer to the question, “What would The Last Supper look like if it happened today?” — Social Chain is the creation of Steve Bartlett, a 24-year-old university dropout. In 2014, Steve started hiring the authors of popular social media channels, often teenagers living at home, and brought them into one company.

They own more than 400 popular accounts across a number of social media platforms and use them to influence what young people talk about online. — So, you’re not representing digital influences. What you do is you find the digital influences and you bring them in. — We are the digital influences. — This morning, they’re creating content for their “Love Food” channel on Instagram, which has almost 7-million followers. — So you just posted the picture… and that’s your notifications. — Social Chain’s revenue grew by nearly 600% last year, to almost $7-million, and is projected to double in 2017.

The creative team gave us a demo of how they can set the conversation. — So today, we’re just trying to think of something that we can hit the trending topics on Twitter. There’s so much conversation on Twitter right now, it’s all Brexit and Trump… — Are you going to think of a hashtag now? What is it that you’re thinking of? — Yeah, I think, if we went with a hashtag… #AmericanVsBritish. — The hashtag is going to be “American versus British”? — Yeah. Game on. And… you’ve got half-an-hour. — Okay. — Let’s do it! — You’ve got a lot of young people working for you, but you also work with lot of companies run by older people. Are you just… blagging it?

You’re just a bunch of kids who got together, who are convincing old people that… this is how you do things. — My honest response to that is I don’t think you can get this far by blagging it. —While we’re talking to Steve, word comes from the creative team that their hashtag has already gained traction. — She’s celebrating because it’s trending. — They started trying to make this trend at four o’clock and, 11 minutes later, number six in the United Kingdom, trending topic: “America versus British.” “I think we easily win this by not having Trump.” “Who wants to eat a stupid cookie when you could have a glorious biscuit?” That’s impressive.

But are you transparent? Because, when I log into Twitter and I see “AmericanVsBritish,” in my head, it was somebody who sat around, came up with something, and then that caused a trend. Do people know that you’re behind it? — It’s exactly what you just described there. So, you said there’s a group of people that sit around, they come up with something, they post, that’s exactly what you’ve just seen here. These are the people that, before this came together, were sitting in their bedrooms, influencing all those trends. This only thing is, now, they do it here. — So you’re a group of influential individuals who’ve realized that, collectively… you are an Illuminati? — You said it. They’re not our words. .