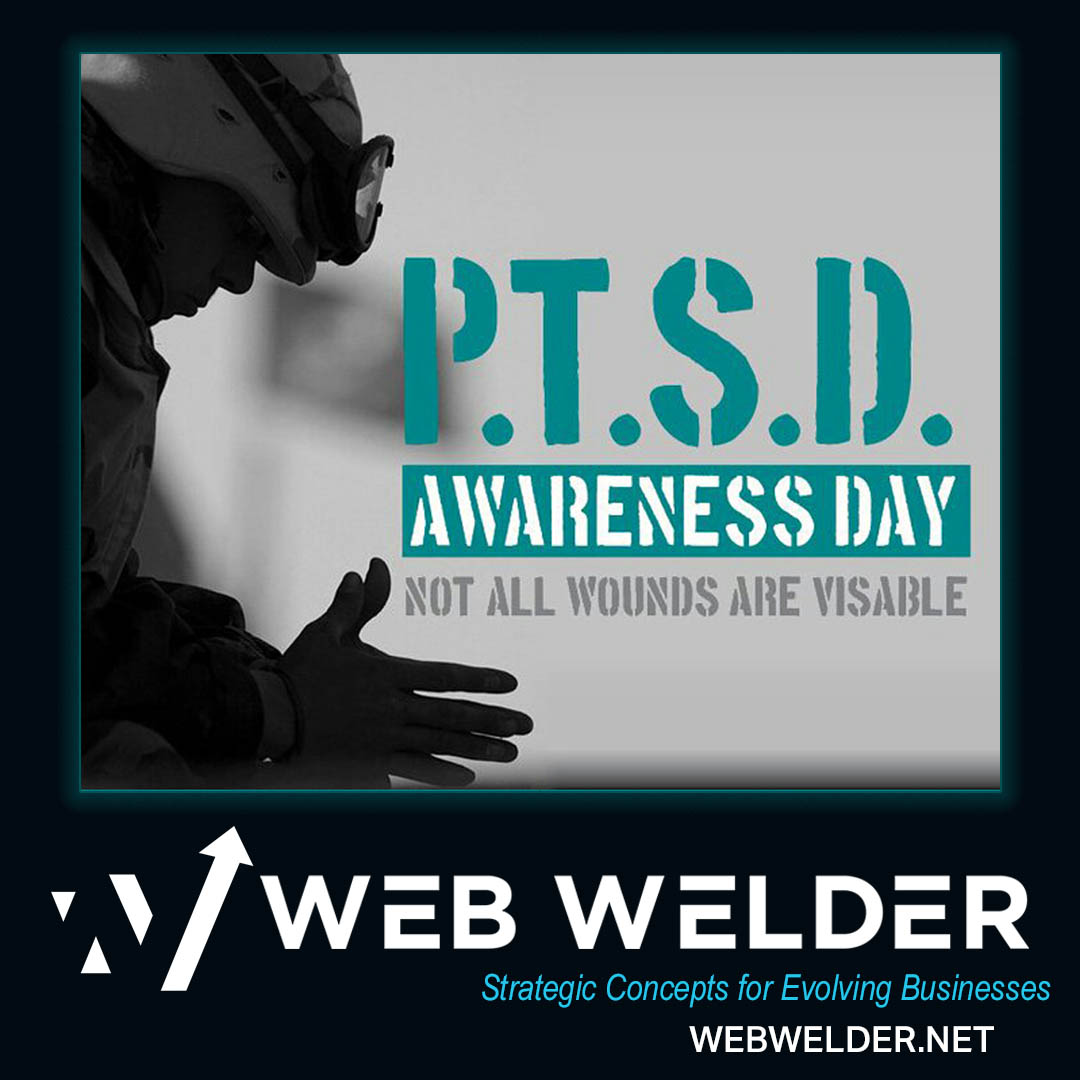 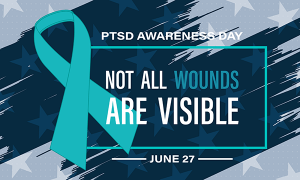 PTSD Awareness Day is observed every year on June 27th. PTSD stands for Post-Traumatic Stress Disorder and is a condition that many veterans and non-veterans alike suffer. PTSD can occur when someone experiences or witnesses a traumatic event. This condition wasn’t always understood properly by the medical or military community, and Department of Defense press releases often point to earlier attempts to identify PTSD symptoms in the wake of service in World War 2, Vietnam, and other conflicts.

The History Of PTSD Awareness Day
In 2010, Senator Kent Conrad pushed to get official recognition of PTSD via a “day of awareness” in tribute to a North Dakota National Guard member who took his life following two tours in Iraq (S. Res. 541).

Staff Sergeant Joe Biel died in 2007 after suffering from PTSD; Biel committed suicide after his return from duty to his home state. SSgt. Biel’s birthday, June 27, was selected as the official PTSD Awareness Day, which is now observed every year.

How Do People Observe Post-Traumatic Stress Disorder Awareness Day?
Much of what is done to observe PTSD Awareness Day involves encouraging open talk about PTSD, its’ causes, symptoms, and most important of all, getting help for the condition. PTSD is, even in modern times, often misunderstood by those with no firsthand experience with the condition or those who suffer from it. PTSD Awareness Day is designed to help change that.

The Department of Defense publishes circulars, articles, and other materials to help educate and inform military members and their families about the condition. The Department of Veterans Affairs official site has several pages dedicated to PTSD, and when military members retiring or separating from the service fill out VA claim forms for service-connected injuries, illnesses, or disabilities, there is an option to be evaluated for PTSD as a part of the VA claims process.

What Is Post-Traumatic Stress Disorder?
As mentioned above, PTSD can be the result of experiencing or witnessing a traumatic event. The specific nature of the trauma can and does vary greatly. Medical experts are quick to point out that while combat and combat-related military service can be traumatic, not everyone who serves under such conditions reacts the same way. Some may develop symptoms of PTSD, while others may be unaffected.

Post-Traumatic Stress Disorder: How Widespread Is It?
Some sources estimate that as many as 70% of all Americans have experienced a traumatic event sufficient to cause PTSD or PTSD-like symptoms. That does not mean that all 70% of Americans WILL suffer from PTSD. Using these statistics, some 224 million Americans have experienced a traumatic event. Of that number, some 20% will develop PTSD symptoms, roughly 44 million people.

Of that 44 million, an estimated eight percent experience active PTSD symptoms at any one time. An estimated 50% of all mental health patients are also diagnosed with Post-Traumatic Stress Disorder.

PTSD: Often Misunderstood And Misidentified
Rosco is a post-traumatic stress disorder companion dog.
U.S. Army National Guard Photo by Staff Sgt. Mary Junell
“Shell shock” and “combat shock” were earlier attempts to define and understand the symptoms of PTSD. Post-traumatic stress disorder was often stigmatized in popular culture after the Vietnam conflict, and many films and television shows featured antagonists or unsympathetic characters suffering from “Vietnam flashbacks” or other issues.

The misunderstanding of PTSD slowly began to change in 1980 when it was recognized as a specific condition with identifiable symptoms. As a result, since that time Post-Traumatic Stress Disorder is listed in the American Psychiatric Association’s Diagnostic and Statistical Manual of Mental Disorders (DSM).

This manual is a diagnostic tool for mental health professionals and paraprofessional workers in the healthcare field and is considered a definitive reference. The addition of PTSD to the DSM was a highly significant development.

Today, the symptoms of Post Traumatic Stress Disorder are better understood, treatable, and recognized by the Department of Veterans Affairs as a service-connected condition. PTSD is not exclusive to veterans or currently serving members of the United States military, but a portion of those who serve are definitely at risk for PTSD.

What Are The Symptoms Of Post-Traumatic Stress Syndrome?
PTSD Awareness Day is observed every year on June 27th
U.S. Air Force photo illustration by Tech. Sgt. Robert Barnett.
Some PTSD symptoms may seem vague and non-specific, others are more readily identified specifically as evidence of PTSD. In this context “non-specific” means that the symptoms may be related to other mental health issues and not specifically limited to Post-Traumatic Stress Disorder.

In the same way, more “specific” symptoms may be manifest outside PTSD, but when looking for specific signifiers, these issues are common “red flags” that indicate PTSD may be the cause of the suffering rather than a different condition. This is often circumstantial, and there is no one-size-fits-all diagnosis for the condition.

Suicidal thoughts or self-destructive acts are often a result of PTSD or related symptoms. Anyone experiencing thoughts or urges to self-harm should seek immediate care to prevent the condition from getting worse in the short-term. (See below)

That said, more non-specific symptoms include varying degrees of irritability, depression, and suicidal feelings. More specific problems-especially where veterans and currently serving military members are concerned-include something known as “hypervigilance” or “hyperarousal”.

These symptoms vary in intensity depending on the individual and are not ‘standardized”. They may come and go, or they may be persistent over a span of time. Sometimes PTSD sufferers can be high-functioning, other times they may be more debilitated by the condition.

Get Treatment For PTSD
Those who experience symptoms of PTSD or PTSD-like issues should seek help immediately. Department of Veterans Affairs medical facilities, private care providers, counselors, and therapists can all be helpful in establishing an initial care regimen or refer those suffering from PTSD to a qualified care provider.