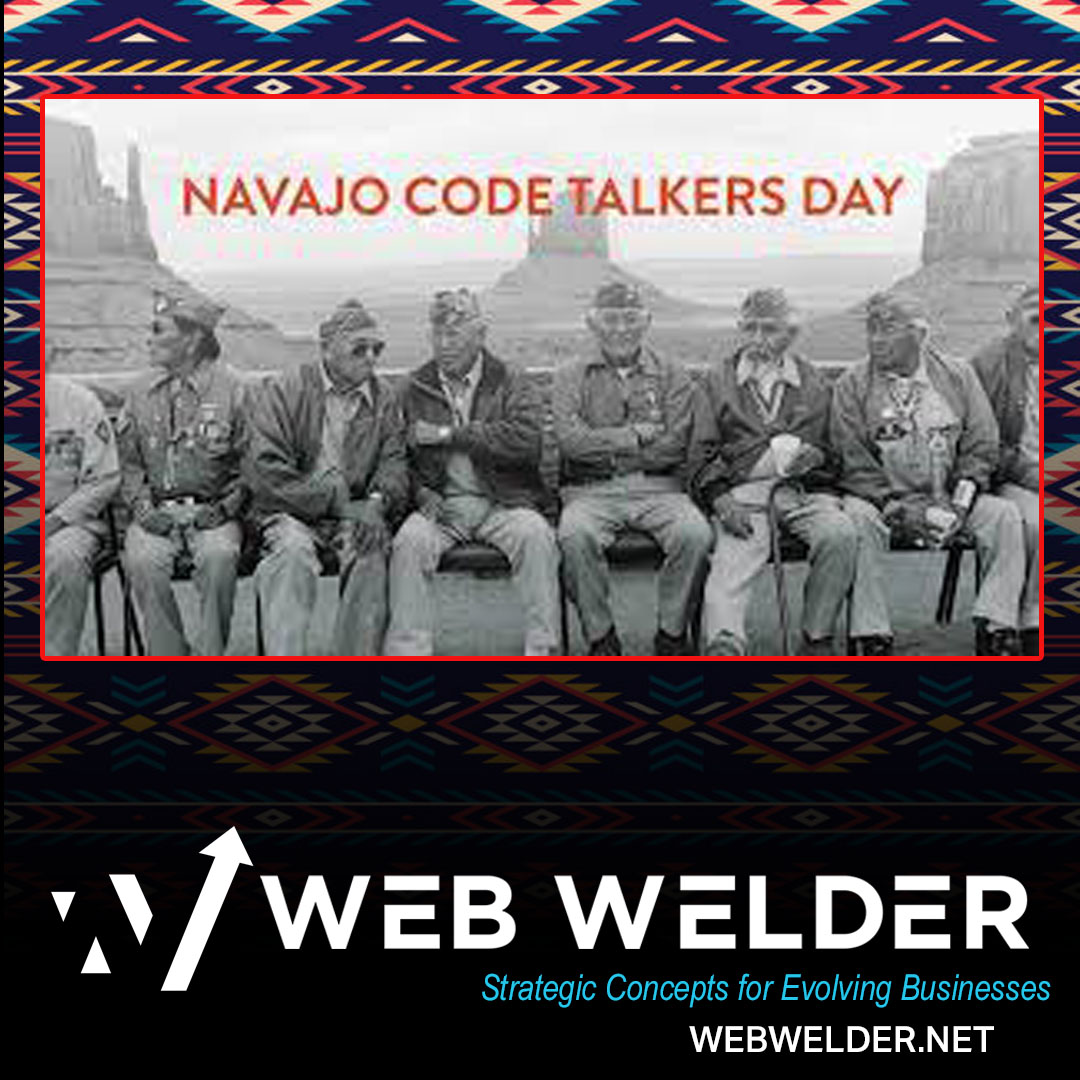 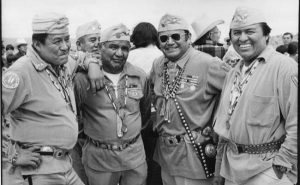 National Navajo Code Talkers Day is August 14. This holiday honors the contributions of Native Americans / First Nations people who contributed to the United States war effort during World War Two, as well as recognizing the evolution of U.S. code related to Native American languages and the participation of First Nations tribe members in U.S. military efforts from many conflicts.

National Navajo Code Talkers Day will next be observed on Saturday, August 14, 2021.

The story of the Navajo code talkers is complex. Some object to the name of the holiday, mistakenly believing that Navajo tribe members are singled out for the distinction at the expense of other tribes that participated in this war effort.

But the name of the holiday refers not to the Navajo tribe itself, but is a broader term that refers to the “Navajo code” used to fool Axis powers including the Nazis and Japanese Imperial forces. Learn more about that process below.

President Ronald Reagan established Navajo Code Talkers Day in 1982, and the holiday honors all the tribes associated with the war effort including (but not limited to):

The Navajo code depended on the complexity of the Navajo language as well as further encoding the messages (depending on when and where they were sent). These combined factors rendered it impossible to break as a code, and some sources report it is one of the few, possibly the only “code” used by the U.S. military, that was never broken during the conflicts it was used in.

A Brief History Of Code Talking
The “Navajo Code” grew out of conflicts that saw many Native Americans serve from a variety of different tribes.

Some sources report one of the earliest uses by the United States military of a First Nations language to code military communications can be found in World War One history, when the language of the Choctaw tribe was used to code messages related to a surprise attack on German forces.

The official site of the Central Intelligence Agency includes a news story about code talkers which indicates that future Axis powers Japan and Germany would send people to the United States in the aftermath of World War One specifically to study such languages. That would create headaches for war planners in the next World War.

Believe it or not, the fact that German and Japanese students came to America to study these languages made federal officials nervous; could a Native American language still be safely used to code military communications?

Enter The Navajo Code
1942 was an important year for a variety of reasons, but it’s also the big milestone in the Navajo Code Talkers story. The U.S. Marine Corps partnered with Philip Johnston, who spent a great deal of his life living as the child of missionaries on Navajo reservations.

Navajo Code Talkers
Johnston himself was not Navajo, but he knew the language so well that at the age of nine it’s reported that he served as an interpreter for a Navajo lobbyist group.

Johnston’s idea was to take the complex Navajo language and create a security code using it. Native speakers would be needed to develop the program and carry it out, and an initial group of 29 First Nations recruits were sent to California. Johnston himself also enlisted.

Navajo: A Perfect Coding Language
The CIA official site reports that Navajo was deemed to be a near “perfect” language to create military codes with since non-native speakers are very rare. The language was documented by missionaries, but these people had to invent an alphabet to work with since a written one that might seem familiar to newcomers was not used by the tribe itself.

The Navajo Code itself isn’t simply use of the language. Military communications were further encrypted by using Navajo as the baseline for a word-substitution code that might be easily breakable otherwise if rendered in English or French.

Creating The Code
The Navajo language and its complexity gave the military an advantage when it came time to make the code. Word substitution made it “virtually unbreakable” according to the CIA. How did the code work? It will look very familiar to some – if you have ever played paper cryptography games, you’ll recognize some of the tactics used to encode the Navajo language.

The Navajo speakers, in one of the best examples, took common Navajo bird names and applied them to weapons of war. There were other measures also taken. The details of them aren’t as important as the results.

According to the Central Intelligence Agency, Navajo Code Talkers translated, sent, and re-translated an initial coded message in roughly 150 seconds. Such efforts done without the use of the Navajo Code are said to have taken hours by comparison. Some 400 code talkers were trained and used in World War Two.

Delayed Recognition
Code Talkers were the unsung heroes of World War Two. There are some who strongly believe that the U.S. success in the Battle of Iwo Jima was not possible without the participation of the Code Talkers. No one could know of the sacrifice and service of these American military heroes until the Code Talkers program was declassified in 1968.

It would take 14 more years to be honored in a highly visible way. That honor came in 1982 with the establishment of Navajo Code Talkers Day in 1982 by President Ronald Reagan.

At the turn of the century, President Bill Clinton awarded Congressional Gold Medals to 29 Code Talkers, and a year after that in 2001, President George W. Bush presented more medals to honor these veterans.

Most of the observations of this day are done on a unit or squadron level, and some military bases that have ties to the native/indigenous communities nearby may have more formal events to celebrate the contributions these veterans have made.

Like many other World War Two veteran groups such as the Tuskegee Airmen or the Doolittle Raiders, the number of surviving code talkers gets smaller with each passing year. It’s important to remember the sacrifices WW2 vets like the Navajo Code Talkers made. Each anniversary is a reminder of the lessons of the Second World War.