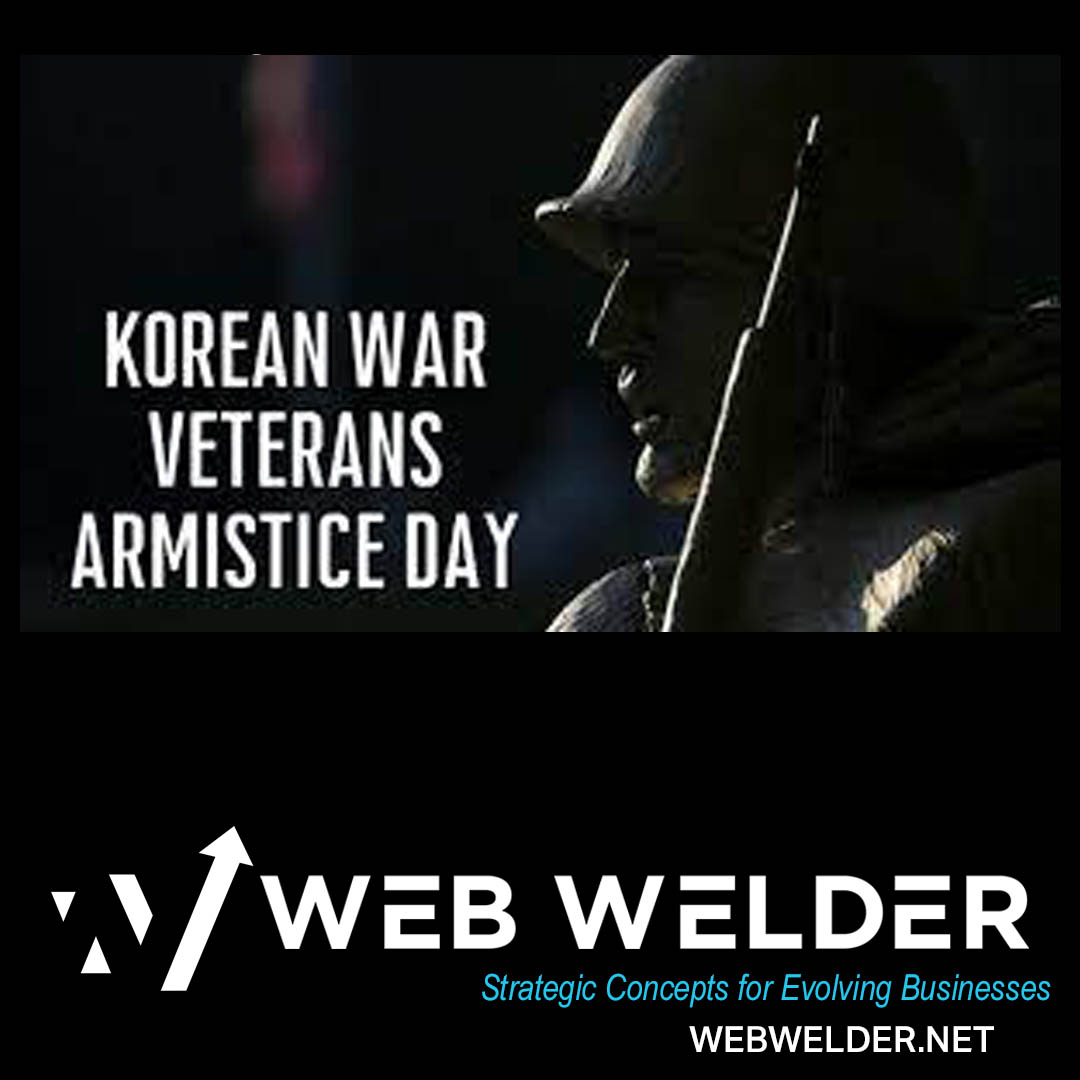 National Korean War Veterans Armistice Day is observed each year on July 27th. It is a time to remember as many as 50,000 American troops who died in the conflict (official sources vary on the actual number), and over 100,000 wounded, and thousands of prisoners of war.|

Each year, the President of the United States issues a proclamation announcing July 27th as a day of national observance in honor of Korean War veterans and their families. There are observances of this day on military bases, at military cemeteries such as Arlington National Cemetery, and more informal observances held in America, South Korea, and elsewhere.

A Brief History Of The Korean War
Korea was, at one time, a united peninsula with no divisions between North Korea and South Korea. One of the agreements made during World War Two was between the United States and the Soviet Union; the U.S.S.R. would declare war on Japan.

Japanese forces had colonized Korea in a harsh campaign and occupation in the early 20th century; when the Soviet Union declared war on Japan, it liberated the portion of the country that would become North Korea.

U.S. forces in World War Two withdrew to the 38th parallel. This set the stage for later Cold War tensions; the United States would be at odds with Russia in West Germany (resulting in the Berlin Airlift and subsequent arms race and containment activities) and in Korea as a result of this division of the country.

These two examples are similar in one important Cold War-era geopolitical respect; in both cases there was a communist and authoritarian government in charge opposing U.S. presence in their respective areas.

For East Germany, also known formally as German Democratic Republic, communist and authoritarian rule stretched between 1949 and 1990. The fall of the Berlin Wall was the symbolic end of the Cold War, at least Germany’s involvement in it as a divided nation. The Koreans would not be so fortunate.

Dividing Into North And South Korea
For Korea, the aftermath of World War Two saw the peninsula divided at the 38th parallel into democratic South Korea, and communist/authoritarian North Korea. In 1950, North Korea, then led by Kim Il-sung, invaded South Korea backed by promises of equipment and ammunition from the Soviet Union.

In the earliest days of the war, North Korea made requests for as many as six divisions of support from neighboring China. The Chinese military would become involved in the conflict after much debate; motivation for this included fears that General Douglas MacArthur, responsible for leading U.S. military efforts in the Korean War, might decide to press forward with an invasion of China.

The war lasted three years, two of which are described as a “war of attrition” near the 38th parallel. Both North and South Korea would insist they were the rightful governments of the entire peninsula

Korea is described as being (at the time) strategically non-essential to the U.S., but Cold War-era thinking (along similar lines to the philosophies that got the United States embroiled in the Vietnam War) demanded a “police action” in the area to repel North Korea and prevent the “spread of communism.”

Technically speaking, the Korean War never ended. An armistice was signed at Panmunjom in 1953, returning the nation to its previous status quo; a divided nation broken into North Korea (which maintained its authoritarian rule) and South Korea.

In romanized Korean, formally known as Hangul, the Korean War is called Hanguk Jeonjaeng, which translates into English as “Korean War”; in North Korea, the war is said to be known as Choguk haebang chŏnjaeng, which some Americans have translated as, “Fatherland Liberation War.” The differences in interpretation between North and South Korea, even in this small way, are revealing.

North Korea’s Approach To The Korean War Armistice
The leadership of North Korea has, on several occasions in the 21st century, announced its refusal to recognize the armistice. 2009, 2010, and 2013 were all years that saw provocation from North Korea in this way.

But political observers note that historically, North Korean leaders have made a pastime of making threatening gestures in order to get concessions or other consideration. A pattern of on-again, off-again engagement with the North has frustrated many world leaders; at the time of this writing the United States has been lured to the negotiating table on multiple occasions with no tangible results. Especially where the issue of denuclearization is concerned.